As one of the top AFL players in the modern game, Scott Pendlebury is known for his ice-cool poise. But the Collingwood skipper admits that applying that calm-headed approach to dad-life doesn’t come easy. When it comes to looking his one-year-old son, Jax, Pendlebury says he’s “a massive worrier”.

“I always worry that Jax is gonna hurt himself,” he says. “I stress out a lot because he’s a massive climber and I’m watching him thinking that he’s going to fall and smash his head on the floorboards. I find it hard to sit down around him – I’m always like half-standing. I’m getting better, but I have to work on it.”

Despite such concerns, the 30-year-old midfielder actually reckons that becoming a dad has helped him handle the pressure of AFL by delivering a welcome dose of perspective. “It balances you out, very, very quickly,” he admits. “Before Jax I was very much focused on football and everything else was in the back seat. Now when I’m at footy I’m fully there. But once I get in the car I’m pumped to get home and see my wife and see Jax.

“It just takes my mind completely away from footy and I feel a lot fresher when I get back into the club.”

In May 2017, Jax’s birth threatened to clash with a big Collingwood game against GWS. At the time, Pendlebury received baffling criticism from some commentators after saying that he’d happily fly back to Melbourne mid-game if his wife went into labour. But he insists that was an easy call to make.

“I would always miss a game of footy for the birth of my kids. I’ve played 270-something games. I’ve had one kid. And I’m happy with the numbers that way – if I had to miss a game, I would miss a game.” 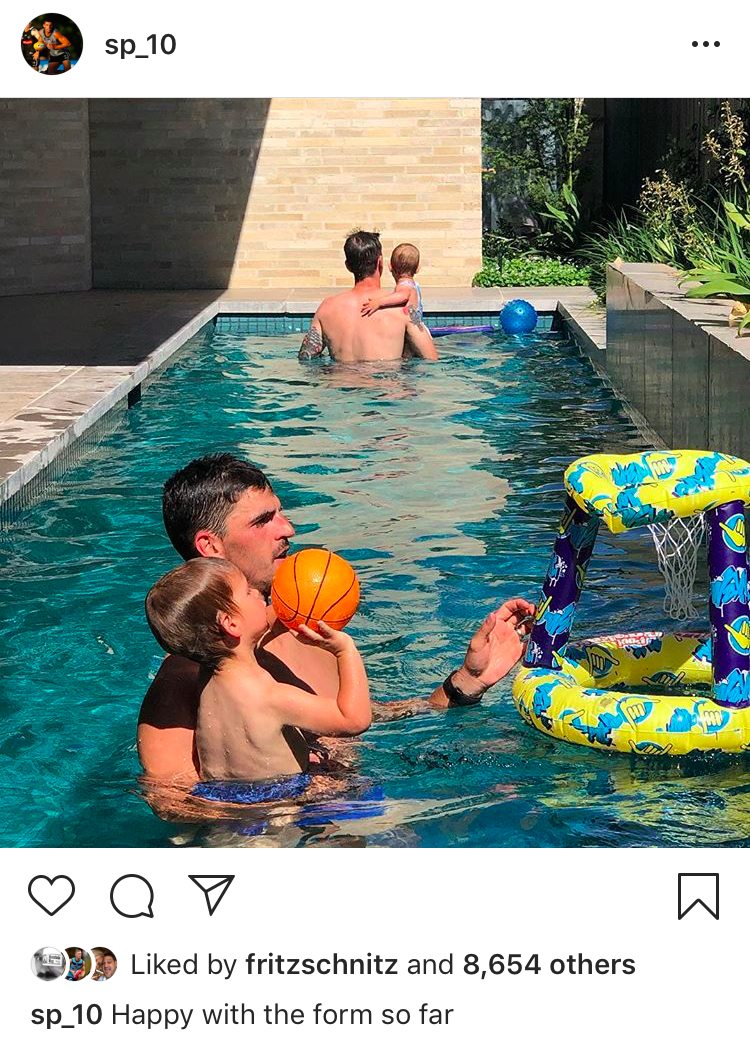 Pendlebury’s responsibilities as a dad also offered a welcome distraction in the aftermath of the Pies’ grand-final loss to West Coast Eagles. During the off-season, he relished the chance to hang out full-time with his son.

“I had two whole months with Jax where I’d be gone for max two hours a day. I got to spend so much time with him. We went to Port Douglas for 10 days and being on the beach with him and in the pool and watching him shoot a basketball or play with his building blocks – it was just funny seeing how much he grew up every day.

“Since I got back into training I’ve noticed a difference straight away now that I’ll get home And it’s like ‘Fuck, I miss those days with him’. So I just cherish those two months off-season that we had.”

Perhaps that’s why when asked to share the best piece of advice he’s been given about fatherhood, Pendlebury doesn’t hesitate to answer.

“Just enjoy it because it goes quick. That’s what everyone says. So yeah, enjoy the moment. I often find myself saying I don’t know what I used to do without Jax.”