THE QUESTION:
“My marriage is falling apart under lockdown. I run a small business that I spent years building up and that’s now on the brink of collapse. So I’m really stressed and I’m trying to do anything to salvage this situation. The upshot is that my partner who also works, has been having to take on the greater share of the home-schooling for the moment. She’s resentful about that. Meanwhile I’m freaking out about money, the business, my remaining staffers and everything going under.

“All this tension has developed into a bunch of nasty rows. My wife stormed out the house for a couple of hours earlier this week – she’s even mentioned the possibility of a trial separation! Things weren’t too crash-hot in our marriage before this, but now I’m at a loss as to how to turn things around. What can I do to rescue the situation?” AJ

THE EXPERT
John Aiken is a father of two, a veteran relationship specialist and one of the experts on Channel 9’s Married at First Sight. He’s also the author of three books including Making Couples Happy: How science can help get relationships back on track. Here’s what he had to say… 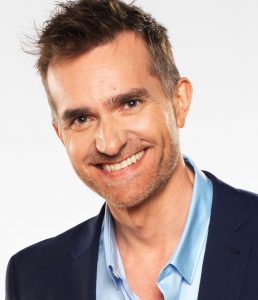 “When things get as bad as your partner talking about trial separation, you’ve got to stop what you’re doing and prioritise the relationship straight away because you’re in crisis mode. You’ve got to act immediately.

“What AJ needs to do is reconnect with his wife ASAP and start tackling the COVID situation as a team. Because what’s happened here is that one person has got sucked into the home-schooling, while the other is trying to do their own work (or in this case save his business). So they’ve disconnected and they’re deprived of each other.

“That’s actually a big part of why they’re arguing, yelling and threatening to separate. It’s not because they don’t love each other anymore, it’s because they’re not getting enough of each other. With the kids now at their feet 24/7, they have different roles. They don’t get to see each other separately and don’t have their own couple’s time. They’ve lost all the things that glued them together. What they’ve got to do now is bring those things back in and tackle their challenges as a team.”

1. Make Time To Reconnect
“In terms of action steps, AJ has to sit down with his wife and organise his day so that they’re both on the same page. Have an early morning coffee with her before the kids get up in order to plan the day together and figure out which roles they’ll each take and what they’re both going to do. They also need some form of ritual connection at the end of the day – a glass of wine, say, at night once the kids are in bed. They’ve got to find some way at the beginning and the end of the day to connect and talk about how each other is going and coping.”

2. Listen Don’t Fix
“AJ also needs to listen to what his wife is saying and not get defensive but rather validate her. Listen but don’t fix. Just say, “I totally get where you’re coming from. I understand exactly what you’re saying.” Side with her, empathise with her, make her feel like her concerns are genuinely being heard. That’s something he urgently needs to do.”

3. Give Her A Break
“AJ has got a lot on his plate right now. But he still needs to ensure he’s giving his wife a break from the kids each day. It’s vital for him to take over and allow her to have some of her own time during the day. That might be at the end of the day perhaps where he can say, ‘OK, you go for an hour-long run – I’ve got the kids. You’ve done the homeschooling, it’s your time now.'”

4. Parent As A Team
“However old your kids are, you’ve got to be teaming up and collaborating on a plan about how to deal with the kids. If one person is currently doing a lot of the parenting, it’s really easy for the less involved one to undermine the other without knowing it. For example, if she’s saying, “It’s time for lunch.” And he’s saying, “Oh no, you can keep playing for a bit it’s not lunch time yet” well, naturally that can lead to friction. These two have to create some clear rules around parenting as a unified team.”